Johnny Pohe and the Great Escape

Porokoru Patapu (Johnny) Pohe was a daring and gifted pilot who flew bomber aircraft in the Second World War. In 1943, after twenty-two successful missions, his aircraft was shot down and he was captured. Johnny was taken to Stalag Luft III, a prison camp deep in Nazi Germany. This article tells the story of an ambitious prison escape that ended tragically for Johnny and for many others. It includes information about Māori involvement in the Second World War and about the devastating impact of bombing civilians in Germany.

How do antibiotics work? What will happen if they don’t?

Four of a Kind

Based on a true story. 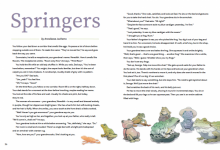 “Springers” is a fictional story set in a rest home, where George and his daughter are visiting his elderly mum. Meredith has dementia, although it’s not clear to what degree: at times her strong mind and character shine through, at others, she seems childlike and resigned to the loss of autonomy that many people in rest homes experience. This is a subtle story, carefully observed, that sheds a gentle light on the way ageing can impact on families. 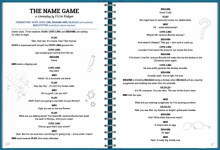 Who ever thought a simple game could be so challenging?