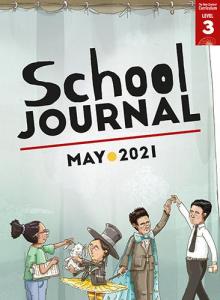 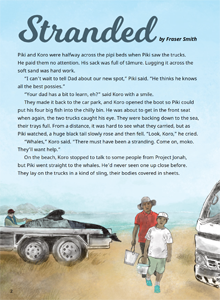 Piki and his koro are trying to save some stranded whales, an experience that reminds Piki of his dad and his own troubles. 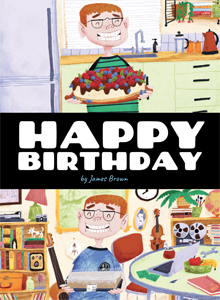 The nameless narrator and his friend Jeet, as featured in “The Polterheist”, reappear for another round of humorous high-jinks, this time involving an awkward birthday and a backyard tunnel.

Red, the Pig, and the Automobile

An inventive reimagining of the fairy-tale genre, based loosely around Little Red Riding Hood. This is a great model for student writing, especially for those who want to explore the creative possibilities of a retelling by innovating on a familiar form. 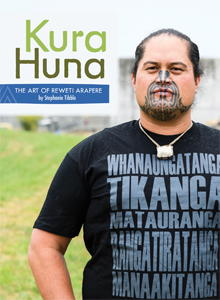 Reweti Arapere learnt that the art he wanted to make was the art that emerged when he looked at the world through his Māori eyes. His giant cardboard and felt-pen figures help him to tell the stories of his whakapapa and of Aotearoa.

The Story of the Ventnor

In 1902, thirteen lives were lost when the SS Ventnor sank off the Hokianga coast in Northland. The ship was carrying the carefully packaged bones of almost five hundred Chinese goldminers on their way home for burial. Despite immediate efforts to retrieve the bones, the ship and its precious cargo were lost. Over the following months, some of the bones washed up on Hokianga beaches. Most of these bones were collected and cared for by local iwi, with the stories of the shipwreck and the Chinese kōiwi passed down across generations of Māori. Over one hundred years later, some of the decendants of the goldminers discovered the fate of the bones and the kindness that iwi had shown and travelled north to learn more. A shared respect for the ancestors has since drawn together Chinese New Zealand communities and the iwi who are now kaitiaki of the goldminers’ remains. 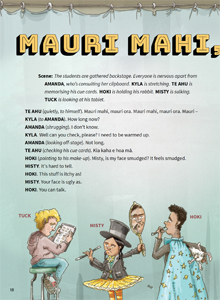 A humorous play with an intriguing setting and multiple features that allow students interested in drama to hone their performances. 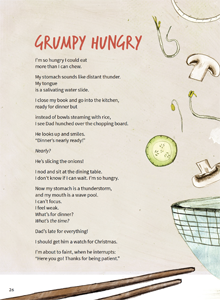 This narrative poem, told in the first person, chronicles being hungry, an experience that intensifies as time passes and which is matched by figurative language that does the same. A good model for student writing.