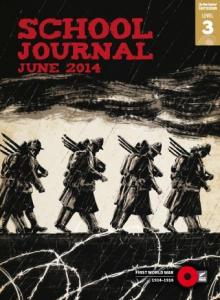 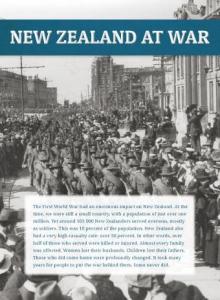 A timeline of the First World War 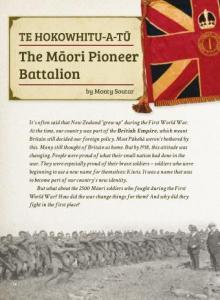 This article tells the story of Māori and the First World War and of the huge contribution made by the pioneer Māori Battalion. The topic will be unfamiliar for many students, but the themed content in the surrounding items will provide support. 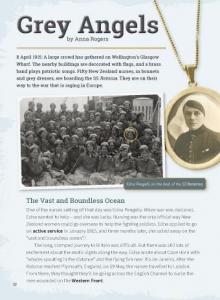 Although students will be aware of the role soldiers play in wartime, few will know about the role of nurses. This article describes the work
of New Zealand nurses who travelled to Africa and Europe during the First World War. 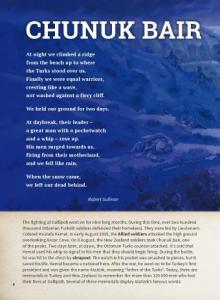 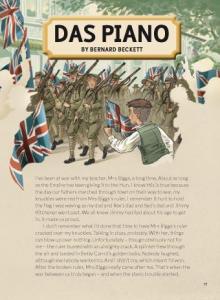 This dark, humorous narrative is set during the First World War and, through exaggeration, shows the effects of extreme patriotism that can appear in wartime. Thomas, the narrator, hates Mrs Biggs, his teacher. He also hates singing. When Mrs Biggs finds him playing Catch the German, she punishes him by making him sing in front of the mayor. Thomas’s desperate attempt to avoid singing has unexpected results when Mrs Biggs and the mayor decide to smash the piano – because it was made in Germany. 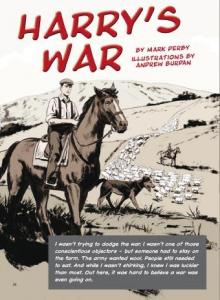 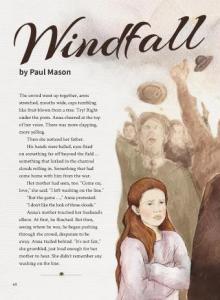 Anna’s father has come home from the war – or has he?