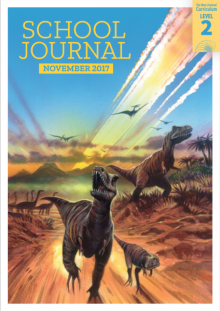 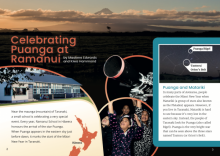 by Maakere Edwards and Kiwa Hammond

This article describes how one Taranaki school celebrates the appearance of the star Puanga in the eastern sky – the signal for the start of the Māori New Year. In other parts of Aotearoa, people watch for Matariki, but that constellation is hard to see in the Taranaki region. 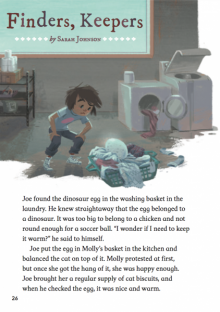 "Joe found the dinosaur egg in the washing basket in the laundry. He knew straightaway that the egg belonged to a dinosaur. It was too big to belong to a chicken and not round enough for a soccer ball." 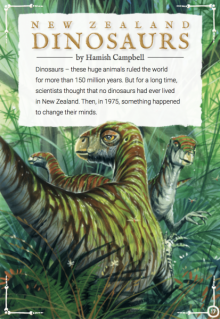 This engaging article explains what is known about the dinosaurs that once roamed New Zealand. It provides some background information on dinosaurs in general, including the most popular theory about why they became extinct. It also explains that for a long time, people believed no dinosaurs had ever lived in this country. Then it gives details of the dinosaur fossils found in various parts of New Zealand, which proved that idea to be wrong. 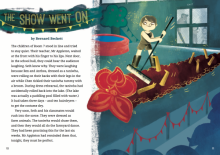 The Show Went On

The story begins with the children of Room 7 dressed as farmyard animals and about to make their entrance in the school production.